The Villages Chapter of the American Singles Golf Association is one of 30+ chapters nationwide. ASGA is comprised of people from diverse backgrounds who have many things in common. We are single, and most of us love to play golf. We enjoy meeting and getting to know other singles.

Tom Alsop formed ASGA National in 1996 and began a publicity campaign to let people know that there were alternatives to bars and nightclubs. In a matter of 24 months, 4000+ people had called in to inquire about forming or joining a local chapter. By April 1998, nineteen chapters had been set-up throughout the United States. By the end of 2014, over 40,000 people had joined in over 70 chapters.

Click here to read more about the founding of ASGA.

Some of the early members who helped to get the group off to a start were Barry Fuss, Mona Rubenstein, Toni Millar, Eddie Manson, Dutch Schulz, Myra Crosby, and Malcolm Miles. Mona Rubenstein was our first elected president in 2007. In the early days, meetings were held in various restaurants. As the group started to grow, a Daily Sun article attracted more attention and brought in more members. Pretty soon, the group was too big for restaurants. Mona had the group certified as an official Villages group and eventually Chula Vista Rec. Center became the first permanent home. After outgrowing Chula Vista, the next “home” became Hibiscus. Eventually, we outgrew Hibiscus and, in 2016, made a move to Rohan Rec Center, where we now hold our monthly meetings and socials. (Many thanks to Mona Rubenstein for sharing information about the history of The Villages ASGA.)

In addition to playing golf with other singles in the Villages, members have the opportunity to meet and play golf with members of other chapters of ASGA statewide and nationwide. The National Organizations provides us with golf packages with rates we could not get as a single entity.

Our social committee keeps us busy. Regular monthly events include a happy hour social at a local venue and a monthly social meeting, usually with a meal and entertainment, at Rohan Rec. Center. Other activities have included casino cruises, kayaking adventures, horseback riding, Top Golf trips, and many others. We are open to any ideas that members present.
Click here to visit us on Facebook.

Click on the items below to read some published articles about The Villages ASGA. 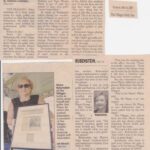 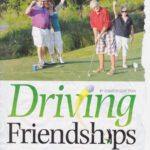 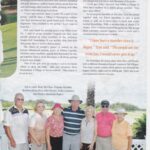 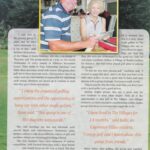 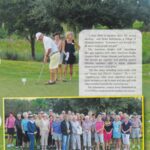 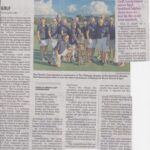